Gem State has third-lowest unemployment rate in the nation

Idaho has the third-lowest unemployment rate in the country, following the coronavirus lockdowns that crashed the national economy.

The State Employment and Unemployment Summary released Friday from the U.S. Bureau of Labor Statistics positions the Gem State at a 5% unemployment rate, with Utah in first place at 4.5% and Nebraska taking second place at 4.8%.

"I'm very optimistic about Idaho," he added. "Third in the nation is wonderful for the state."

Idaho's unemployment rate decreased 0.8% from June to July, meaning 14,000 people were back to work in that stretch. Taylor was enthusiastic to point out that Idaho is following an inverted "V" pattern, having gone from one of the lowest unemployment rates in the nation pre-COVID of 2.5% to almost 12% during the lockdown and then quickly down into the 5% range.

"Our 'V' shape is very sharp and it’s remarkable," he said. "We went from the lowest in Idaho ever recorded, and within one month to the record highest.

The biggest job loss, nearly 15%, was felt in Idaho's restaurant and hospitality industry. The second-biggest loss was in government, at 7.6%, and health care and social assistance experienced a loss of 3.6%.

Other industries barely felt the hit.

"Construction was booming before COVID," said Rita Du, U of I assistant professor, international trade economist. "This sector gained 0.2% in Idaho in June 2020 and continues to grow."

Du said her overall prediction is that, as long as Idaho doesn't experience a sudden jump in the number of COVID-19 cases and corresponding policy changes, Idaho’s economy will continue to recover.

"We may see the speed of recovery going down a bit in the next few months, simply because the low-hanging fruits of recovery have already taken place," she said. "Some industries will take longer to recover."

Hospitality is a tough one to predict for two reasons, she said.

"A lot of tourists are coming from other states," Du said. "So, whether hospitality can recover fast does not only depend on whether Idaho’s cases (are) not surging, but also other states’ performance as well."

Secondly, the success of tourism depends on both tourists’ willingness to travel and their budget, she said. The economic recovery of other states plays a big role in this.

Construction, however, will keep on hammering.

"Construction in Idaho was booming before COVID-19, and this sector is relatively less affected by COVID due to its outdoor and relatively less densely populated 'workspace' nature," Du said. "Its recovery is more or less expected."

The BLS news release reports that overall, unemployment rates were lower in July in 30 states, higher in nine and stable in 11 states and Washington, D.C. All 50 states and D.C. had jobless rate increases from July 2019 to July 2020.

On the flipside, New England states are experiencing significant increases. Massachusetts had the highest unemployment rate in July with 16.1%, followed by New York at 15.9%.

Taylor applauded Idaho's leadership on the path to economic recovery.

"I think we’ve had very steady political leadership in the state," he said. "They're not scared or afraid of what they're doing to get people back to work."

Although he said Idaho has a long way to go to return to a pre-COVID economy, "people seem to be coping and getting around."

"We survive," he said. "A 'W-shaped' recession just isn't materializing in the state of Idaho." 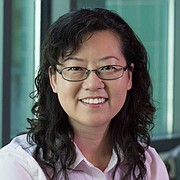