The Exiles”, about a group of Native Americans living in Los Angeles in the late '50s, is being shown as part of the 10th annual Sandpoint Film Festival.
(Courtesy photo)

“Skid Row Marathon”, an uplifting documentary that tells the inspiring story of how a criminal judge started a running club on L.A.’s skid row, will be shown during the upcoming Sandpoint Film Festival.

The Sandpoint Film Festival, usually found at the Panida Theater in the beginning of November, is celebrating its 10th year of existence, but under different circumstances in this strange and challenging year of 2020.

The annual film festival will be presented as an admission-free three-day outdoor festival under the stars at the new Longshot cafe and bar on Boyer Avenue across from Dub’s. The festival is slated for Sept. 4-6 — Labor Day weekend — at 7:30 p.m.

On Friday evening the program will consist of the showing of notable short films from around the world, such as those presented by the film festival the past nine years. This year’s program consists of 17 films — all picked from almost 2,000 submissions. The primary goal of the festival is to find films that excel in telling a story, whether it is in a narrative, animation or documentary category.

Festival organizers said they selected films that contribute to the art of filmmaking through telling compelling stories and presenting issues that are important to us as human beings in today’s world. They also give us a window into that same world by showing other cultures, lives and environments that are important to us in recognizing our similarities rather than our differences.

This year includes entries from France, Spain, Norway, India, Italy, Iran and several other countries. For example, “Bear With Me” is a charming animated film about a bear who is desperately trying to go to sleep when it is time for hibernation. ”My Daughter Yoshiko” is about a mother who is trying to cope with an autistic daughter. “Missing My City” tells the effects that the novel coronavirus has had on a city such as Los Angeles. “Bathtub By The Sea” from Norway is about a lonely lighthouse keeper who finds a mermaid washed up on the shores of his little island. “Parable of the Little Miracle” from Russia shows the little miracle occurring when two lively teenagers present a stuffed animal to a sad young child.

On Saturday evening the program will consist of an Academy Award-winning short called “Why Man Creates” and then a feature called “The Exiles”, about a group of Native Americans living in Los Angeles in the late '50s. Both films are considered classic American films and both have been inducted into the Library of Congress list of films worthy of being preserved for all time. They were both photographed by our own local filmmaker, Erik Daarstad. Sherman Alexie, the well known writer from the Spokane Tribe, considers “The Exiles” one of the very best and important films made about contemporary Native American life.

On Sunday evening we’ll show three more shorts and then “Skid Row Marathon”, an uplifting documentary that tells the inspiring story of how a criminal judge started a running club on L.A.’s skid row where he trained a motley group of homeless people to run international marathons. So bring a chair or a blanket to the Longshot on the Labor Day weekend and enjoy three evenings of unique and inspiring stories under the stars.

Janice Jarzabek who started the Festival 10 years ago, Erik Daarstad and Bernice Webb work together as an all volunteer board. Mike Jarzabek downloaded and prepared the films for screening. Eric Ridgeway will host the event. Thanks goes to Milestone Films and Pyramid Films for permission to show “The Exiles” and “Why Man Creates” and to Gabi and Mark Hayes for “Skidrow Marathon”.Thank you Longshot for giving us the venue to stage the event and to Pacific Northwest Law for sponsoring the festival. 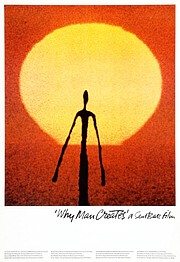 “Why Man Creates” is being shown as part of the 10th annual Sandpoint Film Festival, slated to take place Labor Day weekend, Sept. 4-6. 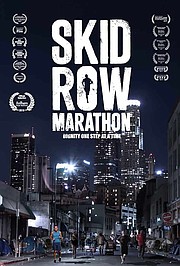 “Skid Row Marathon”, an uplifting documentary that tells the inspiring story of how a criminal judge started a running club on L.A.’s skid row, will be shown during the upcoming Sandpoint Film Festival.