Sandpoint Elks Lodge No. 1376 has announced students of the month for the past few months for the Lake Pend Oreille School District.

To be selected as an Elks student of the month, students must meet guidelines for character, citizenship, service, scholarship and leadership.

The Elks actively seek to reward youth through many different programs including scholarship awards, Hoop Shoot tournaments, dictionary donations to third graders, drug awareness programs and many other activities and programs.

Selected for the honor are:

Wes Simko, the son of Molly and Denis Simko, is a senior at Clark Fork High School and was named an Elks student of the month for October. He is currently taking a full load of college courses at the NIC satellite campus, and maintains a 4.07 GPA.

Wes plays high school tennis and has previously enjoyed trips to state both freshman and sophomore years. Wes is coming up on his eighth year of ski racing with Independence Racing Team. Additionally, he loves spending time outside doing activities like free skiing, backpacking, and mountain biking. In the future, Wes plans on going on to college to pursue a degree in marine biology.

Thompson is a young senior with high hopes and was named an Elks student of the month for October. She's interested in pursuing a career in the court system as a defense attorney. Thompson works toward the goal of representing juveniles involved in criminal cases. As senior year goes on, she continues a three-year trend of attending dual credit classes. Thompson hopes to attend Boise State University as of fall 2021.

Thompson holds a weighted GPA of 3.77 and currently takes all her classes through the North Idaho College satellite campus in Sandpoint.

Bryce Beason is a senior attending Clark Fork Jr./Sr. High School and was named an Elks student of the month for November. The son of Heath and Karen Beason, Bryce is best known to his friends and family for his hard work ethics and his respect for others.

Bryce has played basketball and football for Clark Fork, has been the former president of a student-run school wellness club he helped to found and attends, and actively participates in community service opportunities, including the local food bank and businesses. He has also been commended for annually participating in VFW youth competitions at Local, District, and State levels, placing 4th at State last year.

Bryce began to take advanced and dual credit classes in his junior year and is now attending the NIC Satellite Campus. After graduating from high school, Bryce plans to attend a private Christian university, where he will earn his degree in biology. After college, he plans to join Fish and Game, where Bryce hopes he can put his love of the outdoors to good use.

The daughter of Lyle Decker and Julie Thoreson, Reba Decker was named an Clark Fork High School Elk Student of the Month for November.

She has competed in jr. high and high school track. Was a cheerleader for around 10 years and a cheer coach for one year through the Upward organization. Her hobbies include archery, listening to music, drawing, painting, making jewelry, performing and helping others.

In Decker's sophomore year she was invited to join the National Society of High School Scholars. In her junior year she was nominated for Idaho Top Scholars. She has been on the Honor Roll every year since 5th grade. Was in a CFHS group called "Positivity Ninjas" for three years where they focused on spreading positivity throughout the school. After high school she is planning on working to become a working dog trainer where she hopes to train dogs for police K9 units and for the military. She has a GPA of 3.846 and is ranked second in her class.

The daughter of Brandon and Natalie Larson, Hattie Larson is a three-sport athlete at Sandpoint High School with a weighted GPA of 4.21 and is ranked 15th in the graduating class of 2021.

She enjoys playing soccer, basketball, golf, skiing and playing the violin. Hattie has been participating in the Festival of Sandpoint morning orchestra program for six years. This year will be her fourth year on varsity for all three of her high school sports.

She is also a member of the National Honor Society and was the vice president her junior year. Hattie has been fortunate enough to qualify for state in all her sports and her team won the state soccer championship in 2019, placed third as a team in golf in 2019 and placed ninth individually in golf in 2019. Also in 2019, she received the girls Co-Athlete of the Year Award for 4A-5A in North Idaho.

Growing up in Sandpoint where the region has four seasons has made Hattie want to go to college somewhere that she can ski and enjoy the great outdoors while playing soccer and/or golf. She plans to study environmental science and biology at a four-year university.

Connor Bird is a senior at Sandpoint High School was named a student of the month for SHS for September. He has a class rank of 2, a weighted GPA 4.6, and unweighted GPA 4.0. Connor plans to major in either engineering or computer science and has his sights set on Stanford, Colorado School of Mines, Oregon, Illinois, or the University of Chicago. Connor hopes to combine his interest in science and engineering with his concern for the environment.

Connor is a 4-year member of the SHS men’s choir and SHS math club. Connor has been actively involved with the Sandpoint High newspaper, the Cedar Post, with writing, graphic design, and social media. He is this year’s Co-Editor-in-Chief. This past spring, Connor was chosen as the recipient of the Al Neuharth Free Spirit and Journalism Conference Scholar for the state of Idaho. Through his Cedar Post work and his love of music, Connor earned the opportunity to produce a radio show, CP@3, that airs weekly on KRFY. Connor has been a member of National Honor Society for 3 years and Academic Decathlon for one year. Connor also participates in Business Professionals of America and won first place in Graphic Design Promotion at the 2020 state competition.

Connor has been playing baseball throughout his life in Little League, American Legion, and as a member of the Sandpoint High School JV and Varsity baseball teams. He has been a two-time Player of the Game recipient. This year, Connor plans to join the SHS men’s golf team.

Outside of school, Connor is an avid skier, hiker, and golfer. For two years he has worked in Outdoor Services at the Idaho Club. In his free time he is teaching himself how to play the guitar.

The son of Shar Wikoff and Craig Wikoff, Ben Wikoff was nominated for Elks Student of the Month for November.

Ben spends most of his time and energy investing in music, playing Kootenai Thunder basketball, and being a peer model and helper in the life skills classes at Sandpoint High School.

Along with those activities he also enjoys taking higher level math, science, and choir classes that will prepare him for college. He plans to attend Northwest Nazarene University in Nampa next fall to study engineering and music production.

The daughter of Steve and Elizabeth Neuder, Camille was named an Elks Student of the Month for November.

Camille feels fortunate to have had the opportunity to experience many different activities during her high school career so far.

She is a captain for the cross country team as well as for the track and field team, and has truly enjoyed competing and bonding with her teammates over the last four years. She played golf competitively for about 8 years, and is entering her fourth varsity golf season this spring with the goal to hopefully bring home another state trophy with the girls she trains year round with.

She is the current Distinguished Young Woman of Sandpoint, which is a scholarship competition competing in five different categories. As a local winner, she went on to compete in a virtual State competition this October where she became the first Distinguished Young Woman of Idaho from Sandpoint in the history of the program, and additionally received awards in the individual categories of fitness, scholastics, self expression, and interview. Going into the spring she will help run the class of 2022’s local competition as she continues her journey to compete at the National Competition in June.

She enjoys spending her time helping give back to her community which has been heightened by being the president for National Honor Society, and her participation in clubs such as Human Rights Club and Interact. She loves music, has been in the honors performing choir at her school as the secretary/treasurer, been awarded several honors such as first place awards in classical vocal performance competitions, and has been accepted/participated in the All Northwest Choir.

She has been in theater for nearly her whole life which has allowed her to be a part of six musical productions, and be a four-year competitor at the local and state level for Idaho’s Drama Competition. She is the vice president of the math club and hopes to continue her passion for math and science in her career. She is currently ranked first in her class with a weighted GPA of 4.458 and an unweighted GPA of 4.00.

Although currently undecided, she is looking to attend Colorado School of Mines or Rice University to pursue a degree in engineering physics to work to make renewable energy sources more affordable, accessible, and efficient to make a positive impact on the environment. 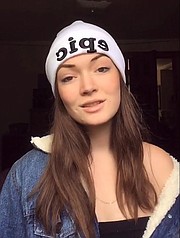 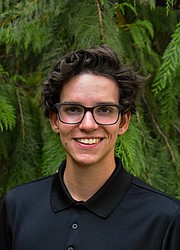 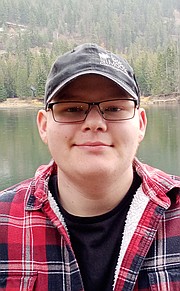 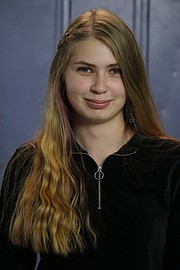 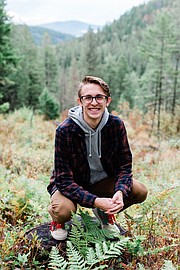 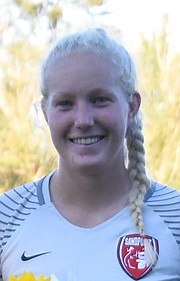