The two medical professionals on the Panhandle Health District board of directors are under the most fire since the panel’s countywide mask mandate was issued one week ago.

From their medical perspectives, Richard McLandress, a Coeur d’Alene family doctor for almost five decades, and Jai Nelson, a local nurse and former Kootenai County commissioner, have been watching the COVID-19 pandemic unfold along a spectrum of symptoms that cast every emotion — from fear to doubt to anger — into people.

“We have a problem, and myself and others in the health care field are living in the middle of this problem,” said McLandress, who has served on the PHD board since 1985 — by far the longest of any of the seven board members. “We have health care workers who have been diagnosed with COVID, placing further stress on the medical capacity in our area.”

McLandress said he’s watching the coronavirus also take its toll in the political arena, where he and Nelson have become targets for removal from the board by citizens furious about the mandate. McLandress and Nelson are both board appointees.

“Jai is a superlative member (of the board) who thinks critically, researches items fully, and takes a stance in what she believes in,” McLandress said. “I’m in full support of Jai.”

That support has galvanized between the two in the past few days.

Nelson and McLandress have faced boisterous opposition from locals who took to the streets in protest of the decision. It’s a divide that hasn’t gone unnoticed by Nelson.

“Public health is certainly having a moment which will be remembered in history,” said Nelson, who was appointed to the board in 2011. “Our role in this community has never been more important than it is right now.”

While some are complying with the mandate, others are not. The vitriol has spilled into a push to remove Nelson and McLandress from the board.

“I’m here to basically just talk about my disgust for what happened on Thursday by the unelected board members,” one resident said Monday at the Kootenai County commissioners’ meeting. “I implore you guys to consider changing them. We had two board members from Bonner County that they seem to have rational explanations and votes on that, but then the two from our county … I don’t know where they came from.”

Monday’s meeting drew pointed comments from the public and procedural moves from commissioners to discuss replacing members of the board, one way or another. Commissioner Bill Brooks attempted to place an executive session item on the agenda, but because the move was not properly noticed, the commission kept specific names out of the proceedings.

Brooks denied he wanted to point out any particular board member, but that didn’t stop public criticism both online and in real life.

It’s a reality McLandress said has been weaponized against health care workers caught in the fight against both the coronavirus and the public health policy trying to deal with the matter.

“We have a very limited window right now for fighting this COVID-19,” he said. “Until we have a vaccine, we have distancing. We have handwashing. We have masking. That’s all we have.”

While many have questioned the veracity of the virus that has killed more than 662,000 worldwide, McLandress’s and Nelson’s perspectives have swelled from concerned to dire.

“We have a problem,” McLandress said. “We have really sick people. Their illnesses are caused by COVID-19. Until it’s you or someone you love — a spouse or a parent or a child or a friend — it’s hard to understand this.”

“This should not be a political issue,” Nelson insisted. “This is a public health issue. I care deeply for this community.”

McLandress and Nelson said they’ll serve the board for as long as they are privileged to.

“I respect the process, I respect the board and I respect the commissioners,” McLandress said, adding later that, “I have appreciated every experience I’ve had as a member of PHD’s board of health.”

“As a health board,” Nelson added, “we are to follow Idaho Code to ‘do all things’ required for the preservation and protection of public health as well as preventive health. On behalf of the citizens of Kootenai County, I take those responsibilities very seriously.” 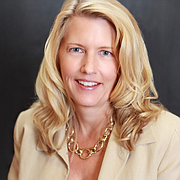