To wear, or not to wear, a mask, that is the question

The subject of wearing face masks to limit the spread of coronavirus seems to have become just one more spark in a powder keg of a society.

Information varies from source to source, just as opinions vary from person to person.

“The European Union has seen a drastic drop in new cases while ours continue to rise,” she said. “This is due, in part, to stricter compliance with social distancing and mask wearing.”

Porter Fisher, 15, of Coeur d’Alene, had a different view.

“In my personal opinion I don’t think it’s necessary,” he said. “Maybe if you’re in a very high congested area, let’s say you’re going to a football game or something then maybe, but if you’re out in a park normally you’re not going to be standing right next to someone unless you’re waiting in line.”

Locals and visitors reacted this week to Washington state’s directive from Gov. Jay Inslee that people must wear masks in public starting Friday to slow the spread of the coronavirus.

That is expected, this weekend, to send increased waves of Washingtonians to Idaho, where masks are not required.

Jenni Gunderson, of Hauser, said she’s not too worried about it.

“I prefer not to wear a mask,” she said. “Working at Curley’s on the weekends, we definitely get a lot of Washington folks already. We are still implementing extra sanitization but, as an individual, I’m not really concerned.”

Christina Shafer, who lives in downtown Coeur d’Alene, worked as a preventative medicine specialist in Fort Leavenworth when she was in the Army. She said with her past training, and being the daughter of a nurse, she wears a mask in public places except for on neighborhood walks.

“Until there is a vaccine available to all, mask wearing should be mandatory since it seems the majority around here are ignoring the CDC guidelines,” she said.” Yes, I am worried about all the visitors. I can’t see how this area can avoid being a hotspot with tourists coming in from all over and so little social distancing and mask wearing. It’s not rocket science.”

In Plummer, resident Megan Pattis said swift work by The Coeur d’Alene Tribe has helped keep the virus at bay, in part because of mask requirements.

“They got hit with their first wave of corona about a month ago,” she said. “Because of their quick action with testing literally everybody that wanted a test, they were able to hit their peak and come down within a week. I think a lot of it has to do with being aware of not being around each other and wearing masks.”

Across state lines, Amanda Peach of Spokane Valley has been wearing face masks all along so a state mandate makes no difference to her.

“My parents are super high risk so I’m protecting them by protecting myself,” she said. “And we have to wear masks at work anyhow, so again, I’m always wearing a mask out in public.”

Randy Palmer, 44, of Coeur d’Alene, said he only wears masks in indoor areas where there are a lot of people.

“I think it is going to start back up but a lot of facemasks don’t even work. Doing the kind of work I do, dust and everything gets through (the mask). I think we should still be kinda leery but I think all this stuff (motions to people playing at the waterfront) is making it happen.”

“My husband and I were just talking because we’re not from here we’re from Washington saying we should move to Idaho because they don’t have these stupid laws,” she said.

“This is the second time we’ve been here this week.”

Gary and Judy Freeland of Coeur d’Alene, both in their 80s, said they have masks but when they’re out in the open air they don’t see much point in wearing them.

Judy said they only wear them when they go inside, or when they’re around people, which they to avoid.

She said that many people, “no matter what you tell them, they’re going to do what they believe is best.”

“And that’s what’s going to be a problem. I gather that they are clamping down on Washington because what has happened in Washington on whether it will make a difference or not no one knows, nobody knows,” Judy Feeland said.

Gary looked at City Beach, saw a lot of people near each other, and said, “at the beach down here on a nice hot day people are just grouped shoulder to shoulder. I think that’s dangerous.” 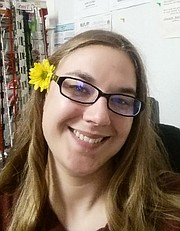 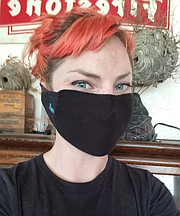 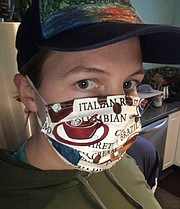