Representatives for grassroots advocacy group Reclaim Idaho say they will file a court challenge to a new law requiring stricter guidelines for initiatives.

Luke Mayville, co-founder of Reclaim Idaho, said the law violates state and federal constitutions by requiring signatures from 6% of the population for all 35 legislative districts, instead of the previous 18.

“For nearly 100 years, Idahoans have used the initiative process to address crises the Legislature refused to address. Most recently, the Legislature wouldn’t lift a finger to help tens of thousands of Idahoans get access to healthcare,” he said. “Thanks to [the Medicaid expansion initiative], over 100,000 Idahoans are now able to see a doctor.”

Mayville also pointed to concerns over property tax relief as a reason to oppose the stricter guidelines. Should the Legislature fail to provide relief, an initiative would be harder than ever, he said.

However, the legislation’s co-sponsor, Rep. Sage Dixon, R-Ponderay, said he believes the new law would broaden the initiative process and protect Idahoans’ voices from all over the state, including rural areas.

“The disenfranchisement comes when a geographic minority makes the decisions for the whole,” Dixon wrote in an email.

However, Mayville contends that the law has less to do with empowering rural voters and more to do with seizing power.

During initial hearings for the bill, SB1110, at least 141 people signed up to testify in opposition and 45 in favor.

"The legislation provides voters in more rural counties [the chance] to participate in the initiative process," Giddings wrote in an email.

Dixon expected the lawsuit, he said, and feels confident that the Supreme Court would uphold the decision should it go that far based on precedent in the 9th and 10th Circuit.

“It is the purview of the court system to opine, whether or not,a law is constitutional,” he wrote. “I would balk at accepting the court attempting to change our law because it is not within the authority of the court to make law. That responsibility lies solely with the Legislature.”

Right now, Mayville said, the group is still deciding whether they will challenge the new law in federal court, state court or both.

Should that challenge, fail, Reclaim Idaho would run an initiative named the Idaho Initiative Rights Act of 2022, he said.

That initiative would roll back initiative requirements to what was last seen in 2012 — requiring signatures from 6% of Idaho’s registered voters, based off the last election, without regard to where those voters live.

“A large number of signatures are already required from Idaho voters, regardless of where they live,” Mayville said. “The public outcry against Governor [Brad] Little’s decision is growing and is likely to get louder and louder in the days to come.”

Rachel Sun can be reached at rsun@bonnercountydailybee.com and followed on Twitter @RachelDailyBee. 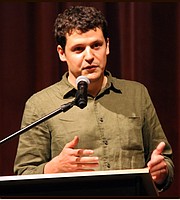