Over the years I’ve watched with appreciation the healthy assortment of creepers, crawlers, fliers and hoppers that tend my flowers and shrubs. I’ve marveled at the interaction of both “good” and “bad” critters in their individual ways and delighted in the fact that they do much of my work for me.

I’ve been especially pleased with the welcome presence of garden snakes, toads, frogs and bats, delighted in the resurgence of Western toads and the little green tree frogs with the jazzy red “racing stripes” along their sides. As keystone species, these creatures are vital to the well-being of the environment — and just a few years ago were in great decline all over the United States. Most of this was blamed on overuse of pesticides and herbicides, especially in watery areas, and as man is finally coming to grips with the dangers of these, a gradual return seems to be happening, especially with the favorable return to organic gardening by many in this area.

Bats are of much more importance than most people credit. Bat Conservation International, Inc., has worked hard to get the word out, and I, as recipient of an enormous amount of their literature, will pass on some of the most important facts in this column, hoping it will serve as inspiration and follow-up action on the part of readers.

In many areas, bats are so essential that without them, thousands of other plant and animal species could die out — threatening entire ecosystems from rain forests to deserts. Yet, people, misunderstanding them, still fear and persecute bats, exterminating whole species.

Contrary to hype, bats are NOT flying mice that carry disease and get into peoples’ hair, nor are they blind. They seldom transmit disease to people or pets and our concerns with them should be no different from any other wild animal — simply leave them alone and do not handle them.

Bats are among the most gentle, beneficial and necessary animals on earth. They consume great quantities of mosquitoes, moths, leaf-hoppers, chinch bugs, and a variety of aquatic insects, many of which are crop pests and some that spread disease to people and animals.

In some areas, many cultivated crop plants rely on bat pollination for their survival. These include fruits such as bananas, plantains, breadfruit, avocados, dates, figs, peaches and mangoes. Just as we depend on the bee for pollination, throughout the country (and the world) other areas depend on the bats. The rain forests, where more than 90 percent of all terrestrial plant and animal species live, and which play an essential role in the stability of world climates, depend on bats to pollinate the flowers and/or disperse seeds. Without them, the cycle of rain forest regeneration could not take place. In the Sonoran desert, Agave and giant cacti count on the bat for pollination.

Closer to home, this moist spring is already seeing a bumper year for mosquitoes We should all recognize and appreciate the sizeable help of the resident insectivore bats in decimating them. We have about 15 species of bats in our north Idaho location: Big brown bat, Pipistrelle, Silver-haired bat, Spotted bat, Townsend’s Big-eared bat, Pallid bat, Hoary bat, and seven Myotis or Mouse-eared bats including our pictured Myotis Long-eared Bat. All of these need a safe place to live, often choosing a handy outbuilding or attic.

And, admittedly, it’s a hassle when bats get into your attic. The best way to get them out is also the safest — for both the bats and the humans involved: this is to exclude them. In this area, now is about the best time, since babies are born in the spring and able to fly. (By the way, female bats generally have but one “pup” per year). Bats that live with us go outside to hunt. If they can’t get back into your house in the morning they will have to go somewhere else to live (how about a nice bat-house?)

So, if you have “bats in your belfry”, examine your home’s eaves and attic access carefully, especially vents, and prepare everything in readiness for exclusion at dusk. “My” bats live in a large old birdhouse mounted on the outer wall over the woodshed. They take off while there’s still a fair amount of light — just after sunset — plenty of time for safe ladder work, if that’s what your situation calls for. By the way, do it soon, since many bats hibernate in the winter, in trees, rock crevices, and similar protected shelters. This will give them a chance to find a new residence.

On that score, over the years, I have recommended the practice of leaving brush piles in areas of your property if you have room for them. I have one, now roughly the size of a small cottage, that will remain intact as long as I’m here, for it has become a home for birds, chipmunks, possibly raccoons, and hopefully a hibernation area for the bats as well.

A final caution: I have a wood stove for winter heat, and have on occasion during summer, found a bedraggled bat trapped in the firebox, apparently having fallen down the stovepipe. I now check my stove often during summer to make sure that hasn’t happened, and during first cold in late fall, start just a small fire to “smoke out” any accidental residents in the pipe’s outdoor “top hat.”

I hope today’s little primer has convinced you that those velvety little night-fliers are worth your time and friendship — or at least peaceful coexistence. I’ve loved them since childhood when Daddy and I would be out in the evening bass-fishing in our rowboat on Lower Twin Lakes. The bats would fly around us and while at first I was afraid, Dad explained that our body heat drew the mosquitoes which the bats obligingly ate up. Guess what? I found out later he was absolutely right.

Valle Novak writes the Country Chef and Weekend Gardener columns for the Daily Bee. She can be reached at bcdailybee@bonnercountydailybee.com. or by phone at 208-265-4688 between the hours of 8 a.m. to 6:30 p.m. 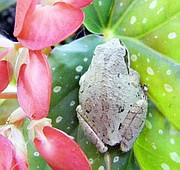 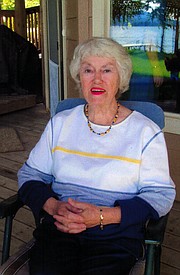