Previous Next
by KAYE THORNBRUGH
Hagadone News Network | December 8, 2022 1:00 AM

COEUR d’ALENE — Kootenai Health’s leadership is poised to decide whether the hospital district should transition from being government-owned to a nonprofit organization.

County-owned hospitals in Idaho have long had the option of transitioning from being publicly owned to private nonprofits. An update in the law, enacted July 1, affords hospital districts like Kootenai Health the same options that were already available to county hospitals.

The amendment to the existing legislation was passed almost unanimously by Idaho lawmakers, including those in North Idaho.

“We have a responsibility to at least evaluate the pros and cons,” said Kootenai Health CEO Jon Ness.

That evaluation was undertaken a few months ago, and this week, Kootenai Health published a white paper outlining the benefits, drawbacks and considerations for transition to a 501(c)3. The white paper is available at KH.org/501c3.

The assessment indicates the nonprofit model provides certain benefits, such as governance continuity without the limitations of a two-year election cycle. The model would also enhance access to capital and diversified investment opportunities prohibited by the hospital district structure.

By converting to a nonprofit, Kootenai Health, which has been a hospital district since 1956, would give up its taxing authority, sovereign immunity and power of eminent domain.

Kootenai Hospital District trustees will ultimately decide if those benefits and drawbacks are worth making the transition.

Steve Matheson, who is both Kootenai County treasurer and a Kootenai Hospital District trustee, said he thinks more time and public input are needed before a decision is made.

In fact, Matheson said he believes the matter should be put to a public vote.

“The community was trusted to make the decision in ’56,” he said. “Let’s return the trust and let the community decide again.”

However, the statute only provides for a public vote in the event that a hospital district is to be sold to a private entity. The decision to transition to a nonprofit can only be made by the hospital district’s trustees, who were elected by county residents.

Additionally, if a hospital conveyed to a nonprofit corporation ceases to be used as a nonprofit hospital, it reverts to the ownership of the hospital district. That means it would be impossible for Kootenai Health to be purchased by a private entity if it becomes a nonprofit.

Matheson indicated that he sees the advantages and disadvantages of the nonprofit model. But he doesn’t feel that he’s had enough time to consider the facts and form an opinion.

“I think the ultimate conclusion of moving to a 501(c)3 is likely the right one,” he said. “I’m just not ready to go there yet.”

Given time to learn about the nonprofit model, Matheson said he thinks the community would likely support the change.

Tuesday at noon, the board of trustees will convene for a special meeting to review the white paper assessing the 501(c)3.

Trustees will meet again Dec. 13 to decide whether to convey the hospital district to a nonprofit.

Matheson said he’ll accept the outcome, whatever it may be.

“I have the utmost confidence in Jon Ness and his team,” he said. “I trust the process. I will go along with whatever the board decides.”

Kootenai Health’s situation is unique, both within the state and regionally. Among Idaho’s eight hospital districts, it’s the only one that does not exercise its taxing authority.

Idaho’s other hospital districts are mainly rural, critical care access facilities that are much smaller than Kootenai Health. None are in a position to make the change to nonprofits.

In the Pacific Northwest, only two large hospitals with more than 300 beds are hospital districts: Kootenai Health and Evergreen Health in Kirkland, Wash.

“Kootenai Health is a different organization today than it was in the past,” Ness said.

Kootenai Health isn’t just a local hospital. It’s the regional referral center for all of North Idaho, with about a third of inpatients coming from outside the county.

If Kootenai Hospital District exercised its taxing authority — which hasn’t happened since 1995 — Kootenai County taxpayers would foot the bill for a hospital that serves patients coming from 10 counties.

Additionally, under the district hospital model, Kootenai Health’s trustees must all be Kootenai County residents. Ness said the nonprofit model would make it possible to seat qualified trustees from a broader geography, more consistent with the populations the hospital serves.

As a hospital district, Kootenai Health is subject to open meeting and public disclosure requirements. That means any competitor, in Idaho or elsewhere, can listen in as the board discusses its plans for the future.

“We are at a competitive disadvantage,” Matheson said.

Converting to a nonprofit would eliminate that disadvantage.

The initial board of trustees would be the same group currently serving. 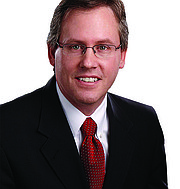 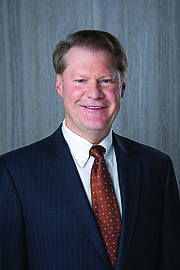