Growing up in Melon Valley, he attended Buhl schools and graduated from Buhl High School in 1950. As a teen, Dale competed in Golden Gloves boxing and bronc riding and served in the Idaho National Guard. After graduation, he cowboyed in Nevada during an extremely hard winter. In January of the next year, he escaped the bitter cold and joined the Navy, achieving the rank of petty officer first class.

Dale married Margery Veatch of Filer, Idaho, in 1955. He farmed in Castleford before working for the Idaho State Department of Lands. That job took the family to Idaho Falls and Kendrick, eventually landing in Sandpoint. Willis, as he is known to his North Idaho colleagues and friends, was fire warden of Bonner County for 23 years. After retiring, Dale and Margery moved back to Castleford and always had a large garden and bountiful orchard. He enjoyed raising donkeys and horses.

Dale was an ardent outdoorsman. He loved fishing, hunting and trapping. He was an accomplished trap shooter and won Idaho State Singles and Doubles championships. He was always willing to lend a helping hand to others.

In lieu of flowers, please make a donation to your favorite charity.

Memories and condolences may be shared with the family on Dale’s memorial webpage at www.farmerfuneralchapel.com. 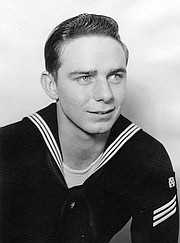