Rayelle Anderson, executive director for the foundation, said they’ve already sold 1,000 tickets for the raffle to win a newly-built home, outpacing prior year sales by 100%.

Each year the foundation partners with the NIC carpentry and construction technology program to construct a new home. Students enrolled in the program build the home under the supervision of the program instructor and in collaboration with regional subcontractors.

Steve Masterson, president of the foundation board of directors, said they have sold out of tickets every year for the past eight years that he’s been on the board, and anticipates they will sell out again this year.

The grand prize for 2022 is a three-bedroom, two-bathroom rancher house with an upstairs bonus room, constructed in the Greenstone Homes’ North Place Community in Post Falls. It has 2,415 square feet of living area and a three-car garage, estimated at $515,000 in value.

For those who purchase tickets or mail-in orders before April 20, two $1,000 Costco gift cards will be drawn for early bird prizes.

All winners will be drawn virtually at 7 p.m. on July 13 by an auditor from Moss-Adams, LLP.

Tickets are $150 each; that's an increase of $50 per ticket to help offset the rising cost of home construction and materials.

Masterson said this fundraiser in particular goes toward supporting the carpentry program and operations of the foundation.

The foundation provided over $1.1 million in student scholarships this past year, however, Masterson said long term that amount may be affected by the significant loss in legacy gifts.

The foundation has lost between $4 and $5 million in legacy gifts, which are future gifts that are part of donors' estate plans.

Masterson confirmed that longtime sponsors have indicated they are not going to continue their contributions for the near future. He said the foundation has received multiple communications from donors concerned about the actions of the board of trustees.

Masterson said the scholarship amounts are based on a three-year rolling average of the endowment funds so there won’t be a near term significant impact on scholarships, but what could happen long term is unknown.

For at least the next couple of years, Masterson said scholarships will more than likely continue approximately where they are now because the balances in the endowment funds have been high over the last couple of years.

“What we’re really concerned about, with these legacy gifts, is that the amounts won’t continue to increase,” Masterson said.

Masterson said if college costs increase and enrollment goes up but the endowment funds don’t go up because people aren’t donating, then there will be less available in the future than there otherwise would be for student scholarships.

For tickets for the Really BIG Raffle, visit nic.edu/rbr. Online ordering is temporarily unavailable during holiday closure and will reopen on Jan. 3.

To donate online to the NIC Foundation, visit nic.edu/foundation/giving or mail a check to the college. 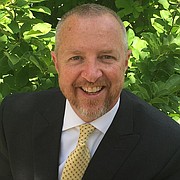