COEUR d’ALENE — The North Idaho College board of trustees has interviewed the final candidate for permanent president.

In a special meeting on campus Thursday, trustees interviewed Dr. Chad Crumbaker of Parkersburg, W.Va. He is the provost and executive vice president for Student Affairs at West Virginia University-Parkersburg.

After a series of interviews marked by flaring tempers and walkouts — from both a candidate and Trustees Greg McKenzie and Todd Banducci — the final one proceeded calmly.

Banducci did not attend Crumbaker’s interview because of conflicting Air Force Reserves obligations. He missed Brand’s interview last week for the same reason.

McKenzie, who disparaged, interrupted and shouted at his fellow trustees during previous interviews, spoke little during Thursday’s meeting. He declined to ask Crumbaker any questions.

Throughout the meeting, Crumbaker emphasized the importance of building and maintaining relationships to help secure success for a college.

He pointed to relationships with school counselors as an example.

“Those are the ones who can easily inform whether a student should select an institution,” he said. “How can we help counselors advise students in that process?”

Understanding the needs of both students and workforce partners is critical, Crumbaker said.

He noted that many employers aren’t just looking for technical skills these days. They want employees who’ve developed “soft skills,” like critical thinking and problem solving, that are valuable in any career.

In turn, students are looking for education and training that will lead to jobs and to a life they want to live.

“We have to train (students) beyond just the first job,” Crumbaker said. “We need to give them those durable skills that will last a lifetime.”

Crumbaker posed some of his own questions to the board, including how trustees will measure the success of the new president.

Broschet, Wold and Goedde pointed to increased staffing and enrollment numbers as goalposts.

Goedde noted that NIC is the only community college in Idaho that has lost enrollment in the last four years.

“A good president can turn that around,” he said. “I would measure success by that.”

The board of trustees will meet again on June 22. 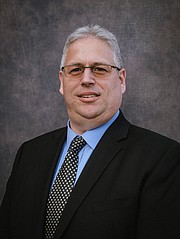 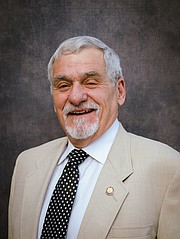