SANDPOINT — The YMCA of the Inland Northwest is pleased to announce several promotions and additions at Litehouse YMCA.

A longtime resident of the Sandpoint community, Bohall has always believed the Y is a perfect fit for the area. She graduated with a B.A. in community recreation and went on to receive a master’s degree in education. Her experiences as a former youth development director for the YMCA of Greater Seattle, a third grade teacher, and outdoor recreation program facilitator have provided ample skills to take on this new leadership position.

Bohall said she plans to further integrate the YMCA into the community by collaborating with other organizations to best meet the needs of Sandpoint and Bonner County.

The YMCA recently promoted Kayla Ireland as the new membership and youth director at Litehouse YMCA.

Ireland has been with the Litehouse Y for the past three years, most recently as a manager on duty. Her experience in managing teams and building community are ideal for her new role. Growing up in Sandpoint allows her to have a unique understanding of the community that will be key in her success in this role, YMCA officials said.

Ireland said she plans to help the Y become more engaged in the community as well as implement new programming for youth of all ages. She said she is committed to the mission of the Y and looks forward to bringing her experience and energy to this new role.

The YMCA recently hired Olivia Langs as the new aquatics and wellness director at Litehouse YMCA.

Langs has a background in both wellness and aquatics with a degree in kinesiology/health science from Boise State. Her expertise in the world of health and wellness will help her to be able to boost offerings within the Y's wellness department and enhance its group exercise schedule.

Langs was a program director for Aquability as well as managed the aquatics center in Boise. Additionally, she helped to run the city pool in Bonners Ferry and served as the lifeguard trainer.

She said she is looking forward to streamlining the aquatics department and re-implementing a solid swim lesson program. She is also eager to use her past knowledge and passion for adaptive swim programming to further assist our community in a new facet.

Y officials said Langs has clear leadership skills, and they are excited to see where she takes her departments as she steps into her new role. 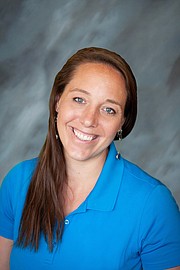 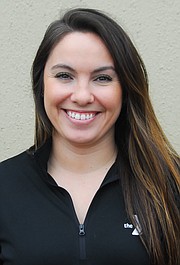