Old, or antique, roses are beloved for their fragrance. However, care should be taken to ensure the right rose is picked for your zone.
(Photo via PIXABAY.COM)

Bourbon roses are noted climbers but can be allowed to ramble at will or planted as a hedge. Generally an autumn-flowerer, they boast large multi-petaled flowers, heavenly scent and take well to pruning.

While the lavish blooms of the old — or antique — roses are appreciated by many as breathtakingly beautiful, there are those who consider them “blowsy” and/or too difficult to deal with in the garden. Too, some of them are not as hardy as today’s cultivated progeny — especially in areas like ours. The varied landscape of forest, fields, mountains, lakes and waterways hosts Zones from a cold No. 3 to moderate No. 4 to warm No. 5 — so knowledge of your personal area is paramount for success.

Generally, however, as the forerunners of today’s multitude of choices, their hardiness is ensured by virtue of their original growing regions in the mountains of Turkey, Persia and the Far East. They are comprised of the following historical nomenclature: Alba, Bourbon, Centifolia (Cabbage), China, Damask, Gallica, Moss and Noisette.

For those who treasure that old lushness — and fragrance — today’s column offers a brief history/background and description of each, gleaned from the excellent little Random House booklet “Old Roses (and how to grow them).”

Alba roses are thought to have been grown by the ancient Romans and in medieval times were associated with the Virgin Mary. Very hardy (to -30F), they form large bluish-grey leaved shrubs with generally white or pale pink multi-petaled flowers of wonderful fragrance. Blooming in midsummer, they have a long season and are blackspot free, though can get rust. They thrive in poor soil but do best when well fed (fish emulsion is good) especially when first planted. Watering — as with all roses — should be at the root base and never by overhead sprinkling.

Bourbon roses are noted climbers but can be allowed to ramble at will or planted as a hedge. Generally an autumn-flowerer, they boast large multi-petaled flowers, heavenly scent and take well to pruning. They are named for the Isle of Bourbon (now Reunion) in the Indian Ocean. It was a port of call for French ships returning from the Far East, and the lavish rose gardens inspired a gathering of seeds by plantsmen to add to the abundance of other roses brought by the returning Crusaders. They are hardy to -20F and best for zones 5-9.

Rosa x centifolia — also called the Cabbage Rose, is a 16th Century hybrid between a Damask and a form of Alba. Generally blooming in very pale pink to full pink, these large-headed, fragrant beauties do not make a good single-plant statement because of the huge floppy blooms. They do best in a container or rock garden or other venue that allows for full appreciation of the glorious blossoms and scent. They should be pruned after flowering . They are hardy to -20F and best for zones 5-9.

China Roses were thought to be growing in Chinese gardens from AD 965, but showed up in John Tradescant’s garden at Lambeth in 1656. Not reliably hardy, they grow only in US Zones 7-10 where they thrive on rich feeding and ample warmth and humidity. Of all the Old Roses, they are — to me anyway — the least attractive, showing a lot of bare stems and with less petal coverage, somewhat resembling our own wild Nootka Rose.

Damask roses — from “Damascena” or Damascus where they were originally cultivated, and later identical varieties from Persia — have the special gift of being extremely shade tolerant. This makes them a boon for folks with wooded areas or brick or rock fences. They also do fine in sunshine, thus making them one of the best all-around Old roses. They need little pruning other than cutting off the dead flowering flower heads and encouraging the new summer shoots. Their fragrant essential oil is extracted and distilled in certain areas of Turkey to make Attar of Roses. They appear in shrub or rambling varieties as well as color variations from white through all shades of pink to wine. They are hardy to -20F and best for zones 5-9.

Gallicas are usually short with rather floppy branches and rich maroon-red flowers. Not as heavily petaled as the Bourbons, their superb scent and intense color made them a favorite in medieval gardens. Brought to France from Damascus in the 13th Century, they were cultivated not only for their beauty and hardiness but for medicinal properties and perfumes as well. A well-known and sought after color variation is “Rosa Mundi”, a dazzling red/pink and white striped form free flowering over a long period in mid-summer. Garden varieties need rich soil; unlike many of the Old Roses, they do not thrive in poor light soils. Their growing habits lend themselves to trellises or fence supports so as to produce a graceful cascade. Hardier than many Antique Roses, they accept temperatures to -30F, and US Zones 4-8.

Moss Roses appeared in the late 17th Century. Sports or Mutants of Centifolia, the twigs and sepals are covered with sweet-scented sticky glands. Multi-petaled, they are lavish bloomers, available in white or several shades of pink. Many Mosses are of mixed parentage, often Damask or Bourbon-Damask hybrids. All are beautiful, fragrant and hardy to -20F, best for zones 5-9.

Noisettes — which combine the scent and late flowering of the Musk Rose, and the large flowers of the Chinas — also offer a gorgeous color choice; yellow. And a gamut of choices from pale yellow to yellow-orange, golden-yellow and creamy apricot, along with soft yellow to white. Tender and hardy only in US zones 7-10, their various growing habits — from shrub to rambler and/or climber — and sweet scent make them a treasure for greenhouse growers in colder climes. They are not truly Antique Roses, but their color — along with a prestigious heritage — decided me to include them.

There are many more wondrous roses — old teas and many cultivars of antiques, but today’s list gives fanciers a good selection and information to work with. As previously mentioned, area nurseries (NOT superstores or big supply outlets) are the places to enquire about availability. You wouldn’t buy a toothbrush or a vacuum cleaner at a nursery; plants, flowers, gardens are their realm. Support them.

In a couple of weeks, this column will offer planting and growing tips for your roses and other flowering shrubs. Happy spring!

Bourbon roses are noted climbers but can be allowed to ramble at will or planted as a hedge. Generally an autumn-flowerer, they boast large multi-petaled flowers, heavenly scent and take well to pruning. 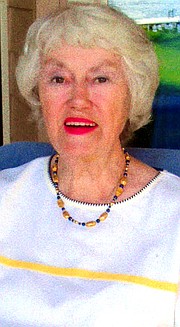