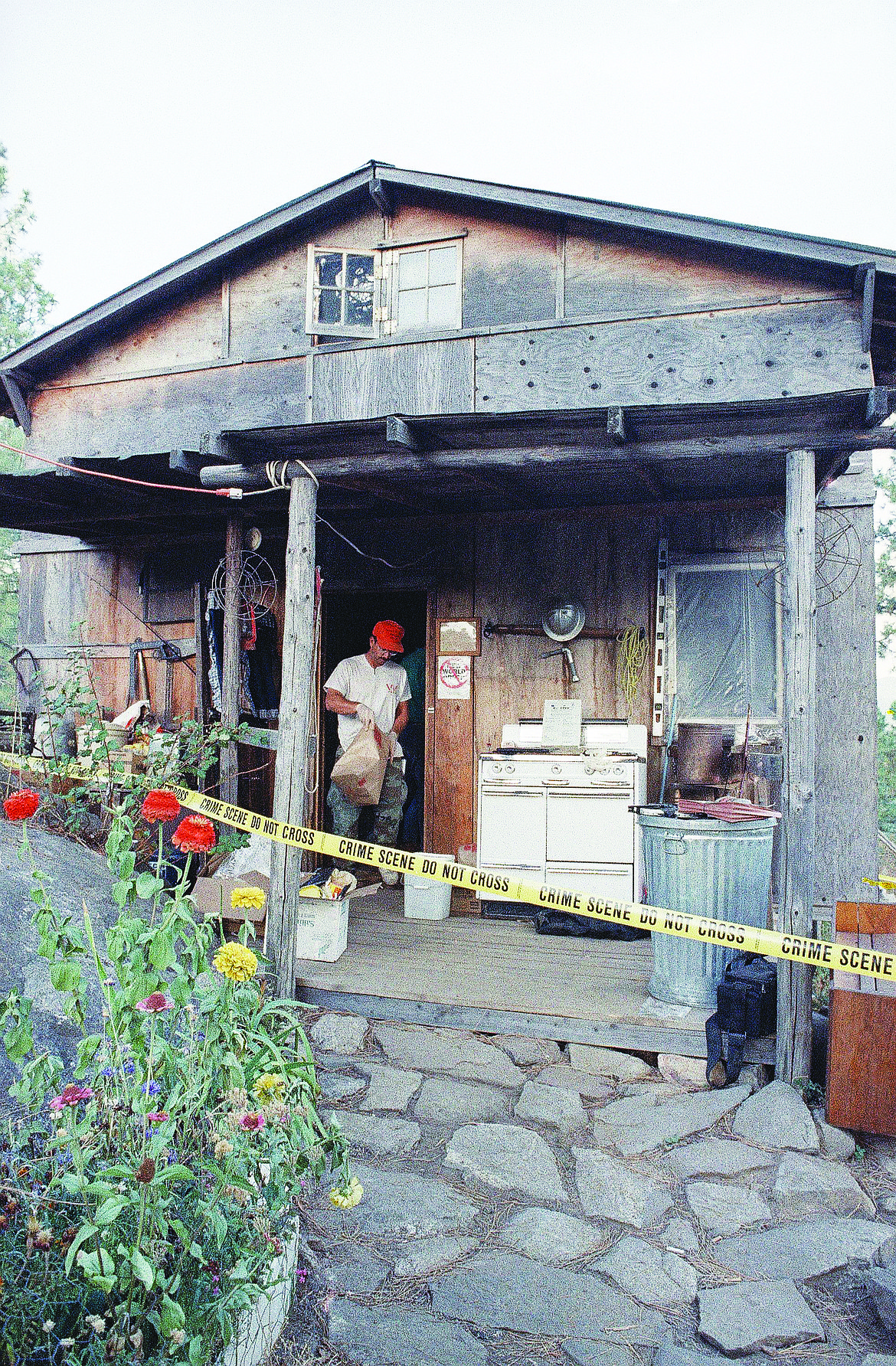 In this Aug. 31, 1992, file photo, federal agents gather evidence from the home of captured fugitive Randy Weaver near Naples, Idaho. It's been a quarter century since a standoff in the remote mountains of northern Idaho left a 14-year-old boy, his mother and a federal agent dead and sparked the expansion of radical right-wing groups across the country that continues to this day.