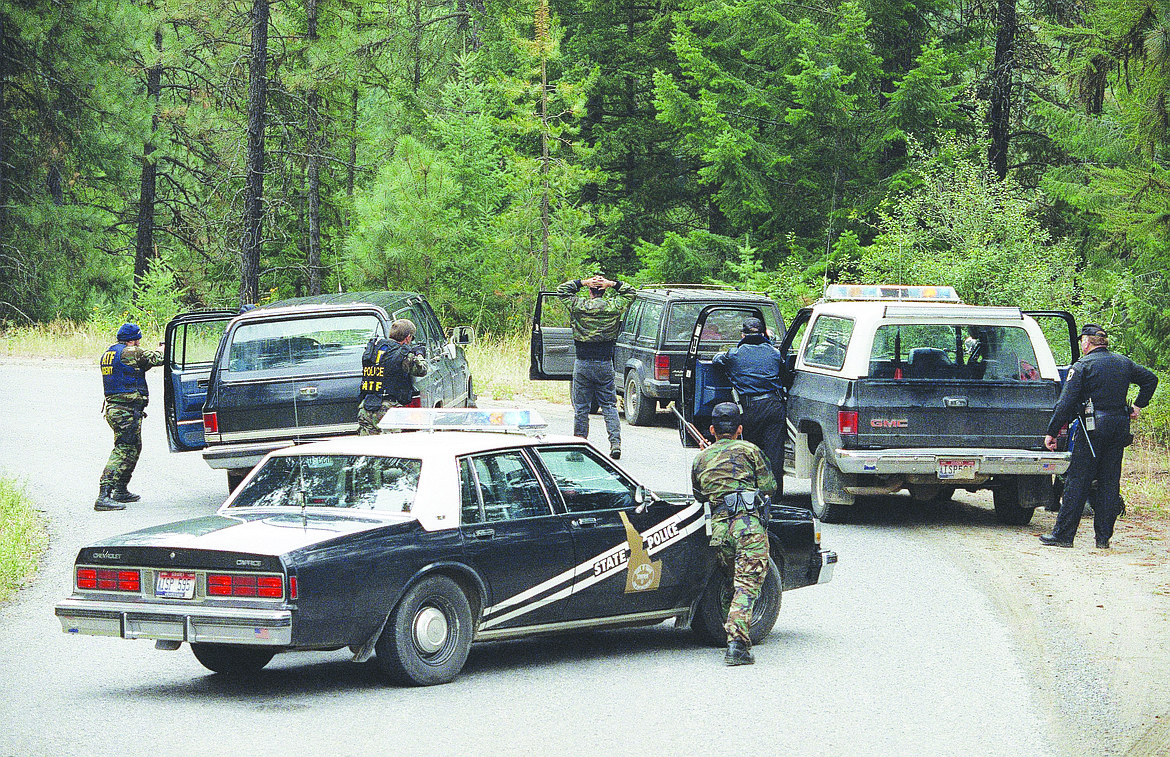 With guns drawn, agents of the Bureau of Alcohol Tobacco and Firearms and the Idaho State Patrol place the first of five neo-Nazis under arrest near Naples, Idaho, Aug. 25, 1992. Numerous weapons were found in the group's car (back, center) near a police barricade three miles from the site of a four-day standoff with white supremacist, Randy Weaver. The five will face weapons charges.