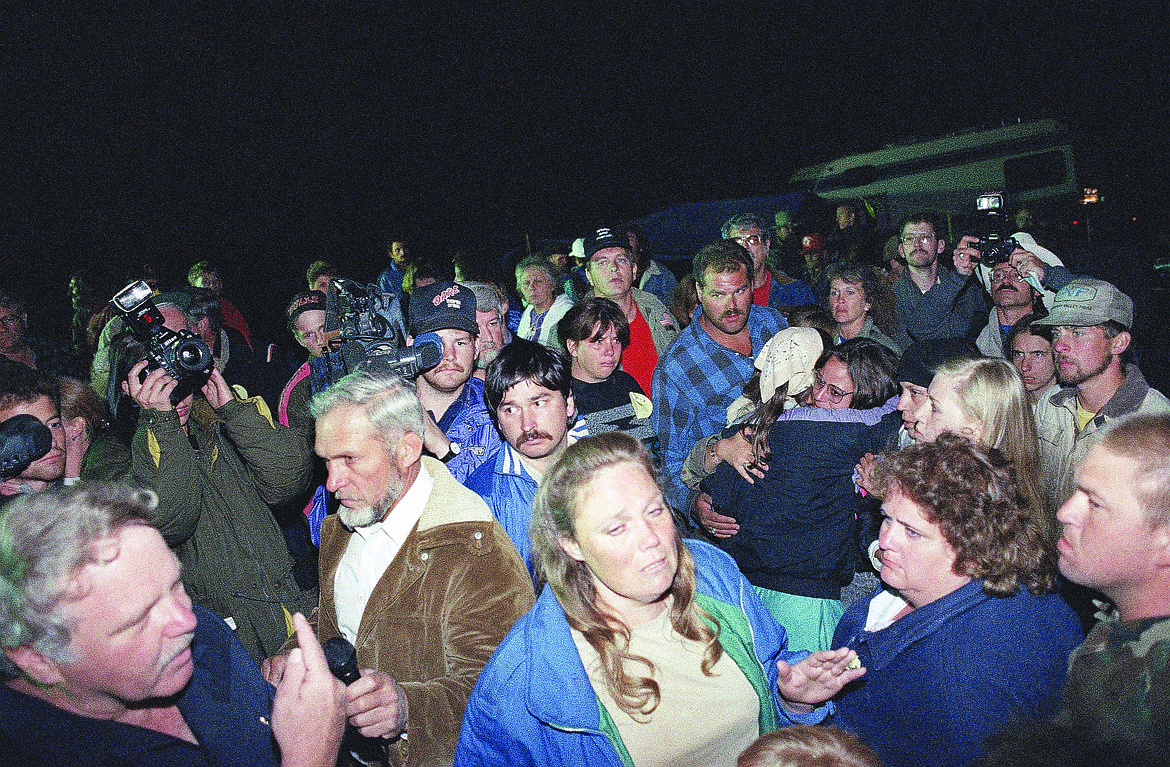 Supporters of Randy Weaver react after learning Weaver’s wife Vicki was killed more than a week ago in the initial gun battle with federal authorities which began a continuing standoff near Naples, Idaho, Aug. 29, 1992. Randy Weaver also lost a son in the shootout that killed a U.S. Marshal.