All you never wanted to know about foodborne illnesses

Once upon a time in a land far away … I had a date with a man named Roderick. I was excited. But, about an hour before he was to pick me up, he called to say he was “in hospital” along with 30 others with whom he had attended a Christmas party a couple of days earlier.

It seems the caterer (who was later sued) didn’t follow the proper precautions or protocol for safe food handling. Fortunately, no one died, but they all suffered several days of severe diarrhea, vomiting, fevers, and violent cramping. Not how any of us wants to spend our holidays, now is it?

In the U.S., the Centers for Disease Control and Prevention tells us that there are about 48 million cases, 325,000 hospitalizations, and 5,200 deaths every year attributed to foodborne illnesses. Combating foodborne illnesses is a top priority for the Food and Drug Administration.

“Anyone can get a foodborne illness,” the FDA says. “But, some people have a higher risk, such as pregnant women, young children, older people, and those with weak immune systems.”

I don’t know what caused the outbreak at Roddy’s party. Still, I know that the two most common types of foodborne pathogens are the result of consuming bacteria like salmonella, listeria, or E.coli or viruses such as norovirus or hepatitis A.

Norovirus is the most common cause of illness from contaminated food or water in the U.S. But, as we all know from hearing about outbreaks on cruise ships, noroviruses can be transmitted person-to-person as well. Symptoms include projectile vomiting, diarrhea, cramps, headache, mild fever, and muscle aches typically start within one or two days after consuming contaminated food or drink. In some situations, symptoms begin in as few as twelve hours.

“Some E.coli species do not cause disease. But, other types of E.coli can cause severe illness,” the FDA explains. We hear a lot about E.coli being found in produce. Romaine lettuce comes to mind. The FDA says that to avoid illness, we should thoroughly cook meats and avoid unpasteurized (raw) milk and unpasteurized juices such as fresh apple cider.

Many foods can be contaminated by salmonellosis. They run the gamut from meats and eggs to fruits, vegetables, spices, and nuts.

“The vast majority of enteric fever infections occur in travelers who were infected outside of the U.S.,” FDA says. “Up to 10 percent of people with enteric fever who don’t get treatment may die.” Enteric fever is usually associated with sewage-contaminated drinking water. Yuck.

Another common species of bacteria is Campylobacter. It is also one of the most common causes of foodborne illness in the U.S. Cases tend to be sporadic and not part of outbreaks.

“Campylobacter can enter your body through contaminated water, unpasteurized milk or cheese, and raw or undercooked poultry (and sometimes meat and seafood). If an individual is infected, gastrointestinal symptoms and fever typically appear within two to five days and may last up to ten days. In some cases, Campylobacter may spread to the bloodstream and cause a life-threatening infection,” FDA says.

Although other foods are known to be involved, hepatitis A infections are most commonly linked to contaminated water, shellfish, and salads. The illness is often mild, but usually, symptoms don’t start until two to four weeks after consuming the contaminated item. Besides the typical gastrointestinal issues, hepatitis A can cause yellowing in the whites of the eyes and skin.

Finally, there’s listeria, which is not common but is one of the leading causes of death from foodborne illness. It takes two forms. One is mild, and invasive listeriosis is more deadly when the infection invades beyond the intestine to sites like the blood or brain.

At the top of every list of prevention is to wash your hands thoroughly and often. Then wash all fruits and vegetables completely. Don’t cross-contaminate foods. Cook all foods to the proper temperature and refrigerate perishables promptly. If in doubt, don’t eat it. 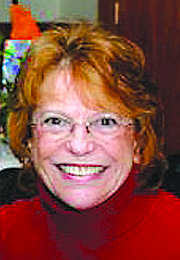