Jake Owen to perform at Festival at Sandpoint

Shortly after borrowing a neighbor’s guitar and teaching himself how to play, Owen was recognized as the “Top New Male Vocalist” and “Breakthrough Artist of the Year” by the Academy of Country Music and American County Awards. With eight No. 1 songs to his name, Owen’s new single “Made For You” is rapidly climbing the Billboard Country Airplay charts.

Opening for Owen is Colby Acuff of Coeur d’Alene. 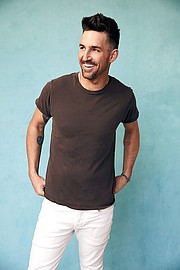 Jake Owen will perform at the Festival at Sandpoint on Friday, July 30.