He would go on to serve and fly in Korea. Evans was shot down by enemy fire and served eight months as a prisoner of war, living in a 4-foot by 4-foot cage, but was listed as missing in action until his release — four months after the war ended. He was the last American released.

Evans remained on active duty and served in Vietnam, after which he retired with the rank of major general.

His father, Col. Andrew J. Evans Sr., also served in World War II and was at Pearl Harbor when it was bombed.

Colonel Philip Brooks entered Army Air Corps after his oldest brother was killed in the Pacific in World War II. Brooks, who flew P-51s out of Great Britain, was in a dogfight with the first German jet ever spotted. At one point, he was the only member of his squadron to return from a bombing mission over France.

Brooks remained on active duty after World War II and once more flew combat in Korea. In addition, he would go on to command the largest fighter wing in the Air Force at Bien HOA, Vietnam, once again flying combat missions.

He retired with the rank of colonel, and for the rest of his life supported veterans causes, before passing from COVID-19 at the age of 100.

After graduation from the Citadel, Richard G. Evans entered the Air Force and served in Vietnam. He would go on to fly 150 combat missions over Laos, Cambodia and Vietnam in the F-4 fighter.

After the war, Evans remained on active duty and transitioned to the FB-111. Over the years he commanded five organizations, and served a tour with NATO, and was instrumental in the planning of the war in Bosnia.

He retired with the rank of colonel. 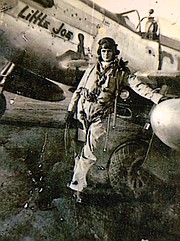 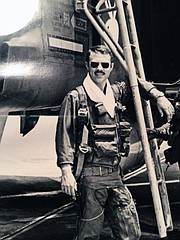