Previous Next
by MADISON HARDY
Hagadone News Network | September 3, 2021 1:00 AM

According to Wikipedia, "The John Birch Society is an American political advocacy group that describes itself as supporting anti-Communist and limited government. Critics and academics have called it an ultraconservative, radical right or far-right organization."

Text in the KCRCC's resolution linked Idaho GOP and John Birch Society political platforms through their shared endorsement of the U.S. Constitution and belief that "the strength of our nation lies with our faith and reliance on God our Creator."

The document also states that the KCRCC "urged Idahoans who do not support our party platform" to "voluntarily disaffiliate from the Idaho Republican Party."

All resolutions submitted to the Idaho GOP undergo subcommittee review before being considered by the full body. The subcommittee received 10 proposals for examination in 2021, Idaho Republican Party Executive Director Tyler Kelly said.

"Resolutions are a serious matter," Kelly said Thursday. "They are usually either a call for action or a battle cry for the Idaho Republican Party."

Kelly said the subcommittee denied the KCRCC's request to endorse the John Birch Society as an affiliate organization for three reasons:

"Both were ruled out of order by the resolutions chair and not even debated," Handeen said. "I don't remember ever seeing that happen before."

Handeen presented the JBS resolution after Commissioner Bill Brooks cited tolerance of the organization by KCRCC members as a reason for his disaffiliation from the GOP.

Following the KCRCC unanimous approval of the JBS resolution in July, Brooks called the document a symbol of the KCRCC's "extreme right-wing, radical push."

"I think the Kootenai County Republican Central Committee is out of control and out of step with mainstream conservative Republican politics," Brooks said.

Brooks said he wasn't surprised by the subcommittee's denial of the resolution and that he always doubted it would receive party approval.

"I feel somewhat vindicated that Bill Brooks is not that out of sync with local conservative Republicans," he added.

"(Subcommittee Chairman Trent Clark) said he asked for and received direction from the RNC who told him it would violate rules to endorse, support or even embrace the organization," Handeen said.

Referring to Clark's former roles as the Idaho GOP state party chair and a lobbyist for Monsanto Co., Handeen saw the decision as "the sheer procedural artistry the establishment uses to assert their will when necessary."

"(The decision was) disappointing because I believe we as the grassroots had the votes, but in this instance, the power of the lobbyist class was unassailable," Handeen said. "The pure beauty of watching a procedural master like Mr. Clark so elegantly use Robert's Rules to shape the direction of a committee of 16 people is mesmerizing." 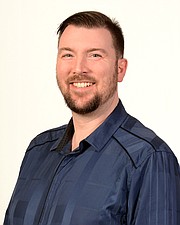