Previous Next
by KAYE THORNBRUGH
Hagadone News Network | December 8, 2022 1:08 AM

COEUR d’ALENE — When the North Idaho College board of trustees convened Monday night, one trustee arrived with copies of a resolution to hire a new attorney and a fee agreement related to that hiring.

The resolution, dated Dec. 5, stated that the NIC “Board of Trustees has identified legal counsel” to replace Lyons.

“It is an honor to be considered by North Idaho College for the provisioning of legal counsel,” Macomber wrote in the fee agreement dated Nov. 30.

But it’s unclear when the board identified that legal counsel, or when consideration of hiring Macomber took place, since there is no record of another board meeting occurring during which NIC trustees met and exchanged information related to hiring Macomber or any other attorney.

Idaho’s open meeting law requires that all meetings of a governing body of a public agency shall be open to the public, with meeting notices and agendas shared with the public prior to a meeting.

State law defines a meeting as any convening of a body to make a decision or deliberate toward a decision on any matter.

Under the law, governing bodies like the NIC board can meet behind closed doors in an executive session, which must also be publicly noticed.

Macomber is paid $325 an hour, according to his fee agreement, which The Press obtained via public records request.

It’s unclear whether private deliberations about Macomber’s hiring occurred, though Greg McKenzie, the board’s chair, indicated during Monday’s meeting that Trustee Todd Banducci, who presented the resolutions and fee agreement, had attempted to meet with new Trustee Brad Corkill in advance.

“Maybe it would have helped to meet with Trustee Banducci before the meeting,” McKenzie said after Corkill refused to support hiring a new attorney on the spot. “I do believe he reached out and was rebuffed. Is that accurate?”

Tarie Zimmerman, another new trustee, said she received no invitation to meet with anyone before Monday’s meeting.

Idaho’s open meeting law prohibits “serial meetings,” which occur when a majority of members of a governing body have a series of small gatherings or communications to make a decision or deliberate toward a decision, even if a majority is never part of any one communication.

Another resolution introduced by Banducci immediately froze the hiring process for new and vacant positions within the president’s cabinet, unless trustees approve of a potential hire.

The board suspended several policies that delegated hiring authority to the president and other college administration, as well as items in NIC President Nick Swayne’s employment contract related to hiring for new or vacant cabinet positions.

Both resolutions cited the college’s immediate need for legal counsel while working to address the concerns of its accrediting organization, the Northwest Commission on Colleges and Universities.

The NWCCU sanctioned NIC with a warning earlier this year due to persistent issues related to the board of trustees. The sanction may be removed or continued based on the results of an onsite visit in the spring.

Banducci, McKenzie and newly elected trustee Mike Waggoner have repeatedly said that NIC’s accreditation is not in danger.

“What about accreditation?” McKenzie wrote in a two-page letter he published and circulated to Kootenai County voters before the general election. “Isn’t it still at risk? No, that was Fake News. Accreditation has never been ‘at risk’ and the only remaining item on the accreditation agencies request list is to hire a full-time Vice President, anticipated to be completed mid-November.”

The college published a notice Wednesday of a special board meeting scheduled for tonight at 6:30 in the Student Union Building on the NIC campus. The meeting will also be available for viewing online via Zoom, with a link found at nic.edu/board.

On the agenda are action and discussion items related to hiring a provost, security, a “cyber incident” and board resolutions.

Trustees are expected to convene first in executive session.

“There are multiple follow-up items that were briefly addressed at Monday night’s meeting that require an executive session which all trustees and the president support having,” wrote NIC board chair Greg McKenzie in an email response to questions from The Press. “The Board is looking to learn more information on NIC’s recent IT-incident and security discussion. The special session Thursday additionally provides more opportunity for Trustees to have discussion on Monday’s resolutions.”

Maureen Dolan contributed to this report. 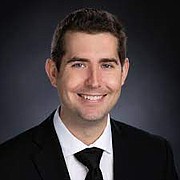