Rules for Idaho voters in flux

For four years, Marian Breckenridge of Coeur d'Alene has helped people in her senior living facility register to vote.

The 88-year-old said she strongly opposes House Bill 549, which would change the laws regarding voter identification and the ability for voters to cast ballots.

"Bill 549 is presented as an emergency bill that will go into effect immediately, even though there has not been an issue with fraudulent voting in the last 250 years of the United States' existence," Breckenridge wrote Sunday in an email to the Idaho House State Affairs Committee. "There is no problem to fix, this bill creates problems."

HB 549 would make it so Idahoans no longer have the option to sign voter affidavits to verify their identity at the polls on Election Day. Student IDs would no longer be acceptable identification, but concealed weapons permits would. Paperwork must be completed 30 days before Election Day, replacing affidavits with provisional ballots.

HB 549 would also eliminate same-day voter registration at the polls.

Breckenridge said the people who move into senior facilities have already faced numerous losses: homes, nearby family, familial environment, personal security and more. They then lose control over more of their lives, including choice of food, social activities and transportation.

"They should not have to struggle to maintain their freedom to vote or even to have it threatened," Breckenridge told The Press. "Voter suppression is alive and well in many states, but surely not in Idaho!

"My generation has lived through war all of our lives: World War II, Korea, Vietnam, Afghanistan, plus civil wars and military throughout the world. We have lost sons, brothers, fathers, children, grandchildren, husbands, wives and friends — always in the name of freedom. Maybe we would like to vote for those who actually believe in peace and freedom. I feel like my freedom is jeopardized by several elements of Bill 549."

HB 549 and two other bills are on their way through the Legislature, all with large and lasting implications for voters if they're approved.

House Bill 439 would make it so unaffiliated voters would no longer be able to affiliate with a political party on the day of a primary election when they vote. They would have to affiliate by the candidate filing deadline.

That’s the same deadline for voters already affiliated with a political party to change their affiliation. That deadline this year is March 11.

"In about 2010, the Idaho Republican Party sued the state demanding they get a closed primary," said Lisa Schaff, a member of the League of Women Voters. Schaff spoke to The Press on her own behalf, not representing the League.

She said historically, Idaho ranks near the top for fair, free elections.

"What is the point?" she asked. "There has not been any sign of fraud and certainly no fraud at any level that would impact the outcome of any prior elections. The voters have to ask, 'Why are Mary Souza and Doug Okuniewicz making laws to force voters to affiliate?'"

In an email to The Press Wednesday, Souza said the bill is about fairness.

According to the Idaho Secretary of State website, 28,378 voters in Kootenai County were registered as unaffiliated in 2020. That same year, 45,739 registered as Republican and 9,327 registered as Democrat.

House Bill 547, the "anti-ballot-harvesting" bill, is sponsored by House Majority Leader Mike Moyle, R-Star. It would make it illegal for absentee ballots to be submitted by anyone not related to or living with the voter.

The bill was introduced last year with a felony attached but did not make it through the Senate. Now, it has been re-introduced with a misdemeanor instead of a felony for those who knowingly collect and return another person's absentee ballot.

Exceptions are elections officials and delivery carriers, but co-workers, friends, neighbors and unmarried couples who live separately would be committing a crime if they submit a ballot for someone else.

"It’s undue inconvenience. It blocks freedom of choice and it impacts seniors and the disabled mostly," Schaff said. "The bill doesn’t clarify if it’s the voter or the friend who is helping (who is) committing a crime."

She noted that the bill's statement of purpose declares that Idaho does not have any significant problems with ballot harvesting, which is when a third party collects absentee or mail-in ballots and delivers them to election officials for processing. Those third parties may have a political incentive to deliver some ballots but not all, depending on the perception of the voters' choices.

"They’re looking for problems that don’t exist, and the result is it's all voter suppression," Schaff said. "None of those bills they’re putting forward are expanding voter rights. They’re limiting voter access."

HB 547 has been sent to the Senate with a "do pass" recommendation.

Schaff recommends concerned voters should contact their local lawmakers to express their feelings about this bill.

"The legislature is not listening," she said. "They are not representing us. This is not what the people want."

Jessica Mahuron, board president and lead organizer of the Civic Engagement Alliance, a nonprofit that promotes community engagement for the common good, said the voter bills are concerning.

"In primary elections, maybe a third of people are actually going to vote,” she said. "We should be encouraging more participation, not less."

As an unaffiliated voter, it's already cumbersome to register with a political party when motivated to do so, Mahuron said.

"In other states, it is a trend to open primaries, and primaries are publicly funded," she said. "Our tax dollars, each and every one of us pay for these elections, but yet we are barred from participating."

"Taking away same-day registration, there's going to be a lot of people who just don't know," she said.

Mahuron said she hopes whoever is elected to the office of secretary of state is an advocate for voting rights who helps provide the right tools and education about the voting process. It's not a partisan or politicized position, she said.

"Our problem is not voter fraud. It's that a lot of people aren't necessarily voting and seeking a voice in our representation," Mahuron said. "This is something that really chills civic engagement." 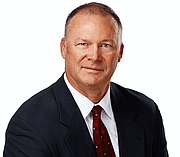 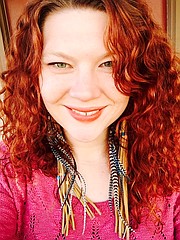