Junior Antonio Mayorga (center) rises up to attempt a shot during Tuesday's game against Noxon.
(Photo by DYLAN GREENE)

Sam Barnett takes off to convert a layup Tuesday.
(Photo by DYLAN GREENE)

Carter Sanroman attempts a layup after the whistle Tuesday.
(Photo by DYLAN GREENE)

The Wampus Cats rolled to a 55-28 victory over the Noxon Red Devils.

It was Clark Fork's first game since Dec. 18. Head coach Heath Beason said the team was on a mission to start the second half of the season on a high note.

"The start of the game we were a little sluggish getting back into our groove," he said. "I felt like we had to fight through the cobwebs and the slow start with the time off ... but we stuck with our game plan and our game plan succeeded."

The Wampus Cats forced seven turnovers in the opening quarter to grab a 12-6 advantage. In the second quarter, Clark Fork got a steal on three straight Noxon possessions and each one resulted in a easy layup by Sam Barnett.

The Wampus Cats finished with 23 steals and their full-court press was firing on all cylinders. Beason said this was their best game in terms of turnover differential.

"The aggressiveness tonight was phenomenal," he said. "I loved the enthusiasm."

"Carter, Sam and Antonio made a great trio in regards to rebounding offensively and defensively," Beason said.

The Wampus Cats (4-6) host Kootenai at 7 p.m. Friday in North Star League action. It was also be Senior Night. 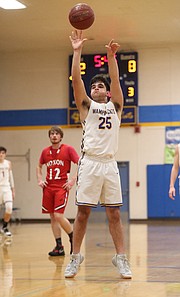 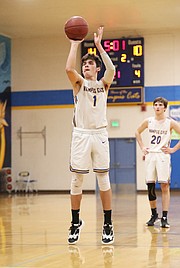 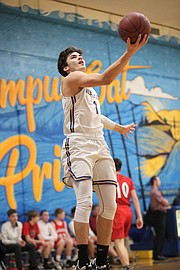 Carter Sanroman attempts a layup after the whistle Tuesday. 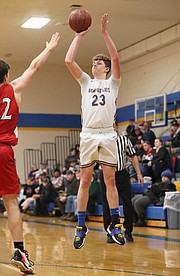 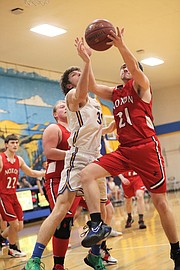 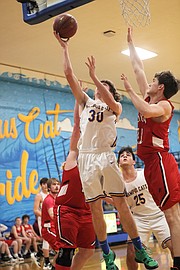 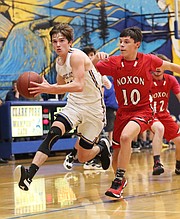 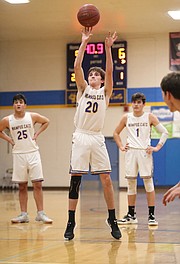 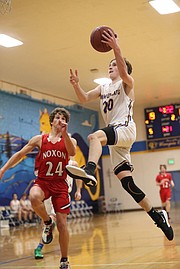 Sam Barnett takes off to convert a layup Tuesday.