Police arrested the group June 11 near the park after a tipster reported seeing a “little army" with metal shields and other gear piling into the back of a U-Haul truck.

Each man is facing a misdemeanor charge of conspiracy to riot. They each posted $300 bail and were released within two days of their arrest.

First District Judge Ross Pittman granted requests to allow the first group to appear in court via Zoom. They were originally ordered to appear in person.

Though none of those arrested are from Idaho's five northern counties, two have ties to Spokane.

The Spokesman-Review reported that Mishael Buster is connected to former Washington legislator Matt Shea, who was found by a House-commissioned investigation to have planned and committed domestic terrorism. Shea spoke at the Gun d’Alene/North Idaho Day of Prayer event planned in protest of Pride.

Buster reportedly appeared in a live stream of a service at Shea’s Spokane church, On Fire Ministries.

In a June 14 Facebook video, On Fire worship leader Gabe Blomgrend said the Buster brothers do not attend Shea’s church.

Since his arrest, court documents indicate that Mishael Buster now lives at the same address in Watauga, Texas, with his brother and 23-year-old Connor Moran.

The 31 suspects come from 12 states. One of six suspects from Washington, the 27-year-old O’Leary is from Des Moines.

Tabler, 29, is from West Valley City, Utah. Smith, 24, was one of two suspects who hail from Sioux Falls, S.D.

The remaining suspects are expected to appear in court between July and mid-August. 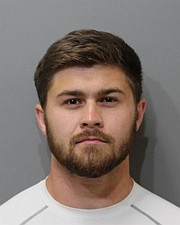 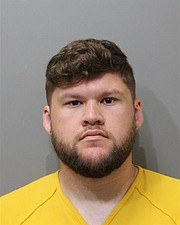 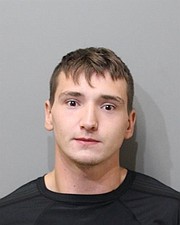 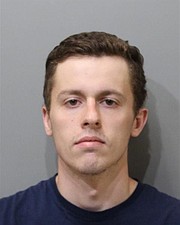 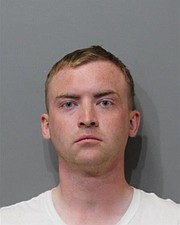 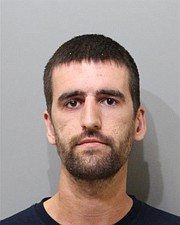